aiff, wav, mp3, samples rates-what's it all about?

OK, you've performed your first voice over gig from you home voice over studio and it's time to deliver your performance to your client.  Back in the day you would mix it down to quarter inch tape and FedEx it for next day delivery.  But, whoa!, that was in the last century!  Today tape has gone the the way of M C Hammer pants--everything's digital.

And you need to learn the lingo--and moreover the concepts represented by these words--to communicate effectively with your clients and deliver your work in the format that they require.  So you need to understand and speak digital. 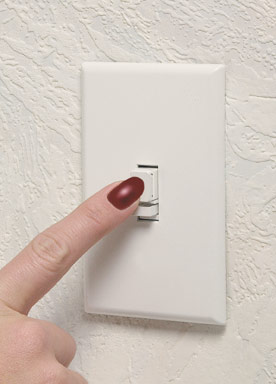 What is Digital Recording?

Representing information in a digital format came out of the computer industry.  Computers store information with little switches just like the light switch on the wall.  Now that on-the-wall light switch only has two states--it can be ON or OFF.  These two states can be represented with just two digits-- a zero (0) for off and a one (1) for on.

By the way, each of the ones or zeros is called a Binary Digit.  And since they're little tiny things--and because technical jargon often has some word humor in it-- this term got shortened to Bit.  Binary DIgit = Bit.  These binary digits were often worked on in groups or "words" of eight bits.  So if you had one group you would have "one word by eight bits", six words would be "six words by eight bits."

Well, it didn't take long for those merry computer folks to shorten "by eight" to byte.  Get it? Like bite!  A bit and a byte.  (And four bits was called a nibble but you'll rarely hear that term anymore.)  Yeah, those computer labs are a virtual Comedy Store.

So How Do You Record Sound with Digital Numbers?

So now you have a number system that you can store in a computers memory, how do you convert sound into numbers? Let's start with a quick analogy.  Suppose we want to map the peaks and valleys of a mountain range.

Move along a wee bit from left to right (which is the TIME axis) and every few moments take a measurement of how high or low the waveform is (which represents how LOUD the sound wave is--amplitude for you science buffs).

Now you don't really need to know exactly how this all happens but understanding the general principles will help you make sense of all the digital recording terms that are tossed around.

Let's go back to our pleasant stroll along that mountain top and look a little closer at what we're doing.  First of all we rather arbitrarily decide to take an altitude measurement every ten feet.  But what if we took a measurement every five feet.  If we did that, the representation of the mountain would be more accurate, wouldn't it?

And if we took the measurement every 20 feet the representation would be less accurate.  So if were walking at a steady pace the accuracy is determined by how often we take a measurement.

The techo term for taking a measurement is called: TAKING A SAMPLE or SAMPLING.  And how often you measure is called the SAMPLE RATE.

Then there's the other piece of information we collected:  how high the mountain is. Remember we measured it in feet (sorry, rest of the world).  But what if we had measured it in inches?  Then the measurements would be twelve times more accurate.

But if we measured it in yards then the measurements would be less accurate--one third as accurate.  So the accuracy of our height measurements is determined by which unit of measurement--which ruler-- we use.

The techno term for the number of units that you use to measure is called the SAMPLE FORMAT.

So how about the SAMPLE FORMAT?  Notice that when we measured the mountain altitude, the height of the mountain at a particular point didn't change-- but the number we used to represent it changed depending on which scale we used.  So it could be 1,748 yards or 5,245 feet or 62,940 inches.

So we're actually dividing the overall height into smaller and smaller--and more and more--units.  And the more units we use, the more precise the measurement.  Digital data achieves this increase in accuracy by using more and more BITS to represent the waveform height.  Remember, a bit is like one light switch, and digital numbers require one bit per column:  1101 requires 4 BITS, 10011010 requires eight BITS, etc.

Using more BITS lets you divide your measurement into more and smaller parts for more accuracy.  For you math freaks this relationship is computed by using the number of BITS used as the exponent of 2 ('cause it's binary, right?): 22, 23, 24,25 etc.  Here's the number of divisions you get for additional bits:

So you see when you use more bits, you get a lot more accuracy!  This additional accuracy translates into clearer sound with less noise (hiss).  For you audio purists, each BIT gives you an additional 6 dB (decibles) of theoretical signal to noise ratio. This is called the dynamic range.

So when they invented CDs they had to pick the number bits which determined the divisions to divide the waveform height into.  They figured that 96 decibles was pretty darn good so they settled on 16 BITS as the CD SAMPLE FORMAT.

When the numbers are thrown around they are usually expressed with the SAMPLE FORMAT first and the SAMPLE RATE second.

Soooooo... the digital sound data recorded on a CD is 16 BIT, 44.1 kilohertz data.  By the way, this is the most common data format and rate used to send files to clients, so if they don't have a preference, use this.  Another common format is 16 BIT, 48 kilohertz.  This is often used on video editing systems.

You can also save this audio data on your computer in exactly the same way.  This happens when you "rip" a CD track to your computer.

If you save it to a PC computer you will create a .wav (pronounced "wave") file.

If you save it to a Mac computer you will create an .aiff (pronounced "A-I-F-F"--sorry!) file.

Trust me, you'll will never need to know this, but this type of recording is called PCM or PULSE CODE MODULATION recording.  If the sample format and sample rate are high enough it can accurately record sound beyond the range of human hearing.

For example 24 bit, 96 kilohertz recording can record a dynamic range of 144 decibles and a sound spectrum from 20-48000 hertz.  They came up with this method of recording to accurately record the best possilble sound without any of the hiss, rumble, wow and flutter that was inherent in mechanical recording on tape and LPs.

And you can do all those cool things you do with digital files: store it on your hard drive, upload it to a website, download it, save it on a flash drive, etc.

So for fancy projects that want the best audio, .wav files and .aiff files are the way to go!

There's Only One Problem...

These files are BIG... I mean REALLY BIG! One minute of 16 bit 44.1 khertz mono is 5 megabytes! A thirty minute narration track is 150 megbytes.  And if you have multiple takes!  It's not unusual for the files in an audio project to be 500 megabytes to several GIGAbytes!

Here's One Time When You Have To Sound Like You Know What You're Talking About!

When the client says he wants .wav (or .aiff) files EMAILED to him, you need to correct him.  Quote: "wav files will be too big to email!".  Unless it's only one take of a few seconds, the files will swamp his email if you send it and it will likely be rejected by his mail server.  Fact of life.  Don't let them argue the matter.  Don't email .wav or .aiff files.

So What's a Budding Voice Over Artist To Do?

Don't panic!  There are two possible solutions to the problem.  Email smaller compressed files--we're talking MP3s.  Or upload the uncompressed wav and aiff files to a web server via FTP for the client to download.