Eliminate Noise in Your Voice Over Recordings

Posted on February 20, 2014 by William Williams 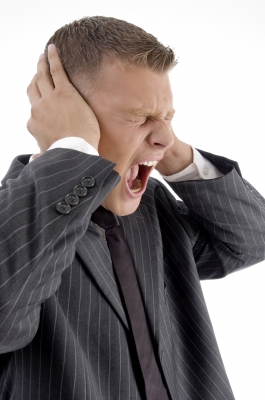 Eliminate Noise from your Voice Over Recordings

What is Noise in a Voice Over Recording?

Trying to define noise is like trying to define a “weed”.  A rose can be a weed in a vegetable garden.  Many a lawn-care expert spends much energy defeating the dreaded dandelion and yet it is one of children’s favorite flowers.

And so it is with “noise”.  Pop music may offend the ears of classical music listener and a loud television may be noisy to someone taking an afternoon nap.

But the definition of noise in a voice over recording is simple to define.  It is any sound in the recording that is not your voice. Let’s look at various sources for these spurious sounds and some hints at how to reduce them.

When you talk to an audio engineer, this is the noise they are discussing.  These are the hisses and hums that are generated by the actual gear that you are using to record.  And in a well constructed recording system these just should not be there.

The most primitive type of electrical noise is hiss.  This can be caused by the random bouncing and bumping of electrons.  What does it sound like?  Well, if you’re old enough to remember the last century, you may recall the sound of a radio tuned between stations or a TV station that had signed off for the night.  But for you Milleniums here is an example:

The predominate cause of electrical hiss in your system is…  cheap gear.  Sorry.  I’ve found that with USB Mics if you spend less than $150 you’re going to get hiss.  This is also true about analog-to-usb interface boxes and in-line analog-to-usb converters.  You don’t have to break the bank, but the gear that’s over $150 seems to be designed with a bit more care to audio quality. If you have a chance test the gear before you buy it, do it.  If you hear the dreaded “frying bacon” sound in your recording, even faintly, step up a notch.

Very faint hiss may be tolerable since many pros are used to hearing it (like tape hiss in the good old days).

If you thought “hiss” was a bully, you don’t want to meet “hum” .  Also referred to as “60 cycle hum”.  This is the sound you get when you unplug the (analog) audio cable from your TV or DVD player to your receiver or stereo amplifer.  (or for you rockers out there, when you unplug the cord from your guitar and not your amp:  BZZZZZZZZZZZZZZZ ! )  It is a symptom of poorly wired equipment causing a “ground loop”.

Hum is an instant indication that your audio is not broadcast quality!

Here’s an example… you will instantly recognize the sound:

The two big causes for this are:

1) a broken audio cable (once again an analog cable, like an RCA connector or a phone plug).  Try swapping with a known-good cable until you find the culprit.

2) an actual ground loop, when your gear is plugged into different outlets.  You should use ONE power strip and have all your gear plugged into that strip.

You can also pick up electrical signals from other electrical equipment.  Electric motors, air conditioners, fluorescent lights, etc. can all put electrical garbage in your power lines. Keep all your analog cables routed far away from any of these sources.  Use “balanced” cables when you can (the mic cables have “xlr” connectors).

Also don’t use a “dynamic” mic  use a “condenser” mic.  Dynamic mics have a coil of copper wire inside that just cries out to electrical garbage in the air to “feed me Seymour!!”

How to Test Your System

Here’s how to test your system for these culprits.  Set your mic at a normal recording level (we call this a “nominal” level).  Make sure the room is very quiet (including your breathing…) and then record 20 seconds of silence.  THEN read about 20 seconds of copy.

Then listen back (with headphones if possible!) for these three bears of noise.  Pause and play the recording several times to be sure the noise is coming from the recording and not your system.  It should stop and start again.

Hiss should be a  shhhhhhhh sound.

Hum will be the annoying  bzzzzzzzzz sound.

Other electrical noise may come and go.  When the fridge kicks on or someone vacuums.  Sometimes this can be reduced by using an outlet on a different circuit.

I turned off the timeshare refrigerator on vacation once and forgot to turn it back on.

And Then There is Actual Audio Noise

A barking dog may not be fancy electrical noise but it still has no place in your voice over recording. Will define and describe audio noise in another article.

This entry was posted in Auditioning, Equipment, Home Recording, Professionalism. Bookmark the permalink.

8 Responses to Eliminate Noise in Your Voice Over Recordings